Eichner was a fixture of 1990s New York City nightlife and served as both its official and unofficial photographer in an era before cellphones and selfies. In this book, readers go beyond the velvet ropes and into the spaces that witnessed some of the decade's most incredible and sought-after parties. Previously unpublished, these intoxicating full-color photographs capture the over-the- top costumes, non-stop dancing, glitter, confetti, sex, drugs, and music that made 90s New York unlike any other place.
Celebrities abound, from Leonardo DiCaprio, Dennis Hopper, and Tupac to Joan Rivers, Michael Musto, and Donald Trump. Eichner takes you to many of the city's hot spots, including the Limelight, the Tunnel, Webster Hall, Club Expo, and Club USA. Texts by famous club owner Peter Gatien and BuzzFeed photo essay editor Gabriel H.
Sanchez offer a historic and cultural perspective on an era when New York City was more affordable and every night saw artists, bankers, drag queens, musicians, and poets reveling together. 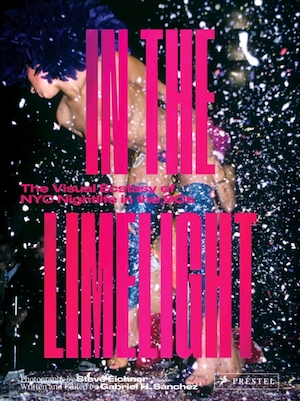