The work of Karel Martens occupies an intriguing place in the present European art-and-design landscape. Martens can be placed in the tradition of Dutch modernism, in the line of figures such as Piet Zwart, H.N. Werkman, Willem Sandberg. Yet he maintains some distance from the main developments of this time: from both the practices of routinized modernism and of the facile reactions against this. His work is both personal and experimental. At the same time, it is publicly answerable. Over the decades of his practice, Martens has been prolific as a designer of books. He has also made contributions in a wide range of design commissions: including stamps, coins, signs on buildings. Also a renowned teacher of graphic design, Karel Martens is co-initiator of the Werkplaats Typografie, a two-year master's design programme related to ArtEZ, Arnhem, and guest professor at Yale University, New Haven. Intimately connected with this design work has been his practice as an artist. This started with geometric and kinetic constructions, and developed in work with the very material of paper. Over a long period he has been making monoprints. This book looks for new ways to show and discuss the work of a designer and artist, and is offered in the same spirit of experiment and dialogue that characterizes the work it presents. Its first edition was published in 1996 on the occasion of the award to Karel Martens of the Dr A.H. Heineken Prize for Art. In response to continued demand, the book has been extended to 2019 and appears now in this fourth edition presenting almost sixty years of practice. 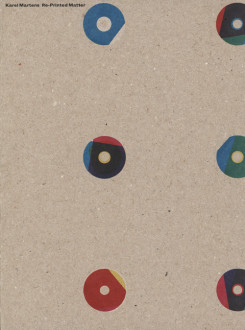