Man Enough to Be a Woman

'If you stay alive long enough, people eventually catch up'Born in rural Georgia in 1947, Jayne moved to New York and became part of the 60s art scene surrounding Andy Warhol's Factory. Jayne's story follows the arc of LGBT liberation in the US - she came of age living hand-to-mouth, faced off against police at Stonewall and came out as a trans woman while she was touring Europe with her band. She went everywhere and met everyone and lived to tell the tale. 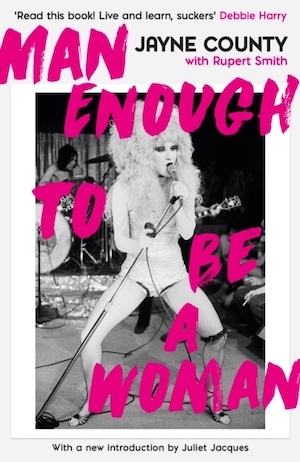