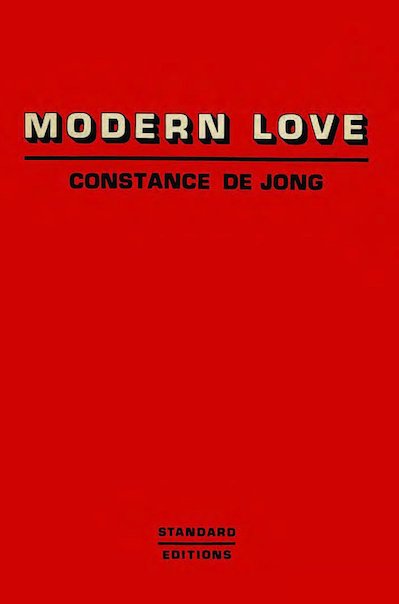 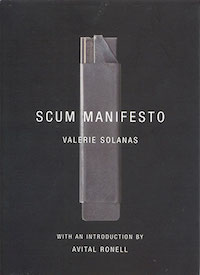 Something is stirring: After a recent spate of memoirs by 'Punk' women, Patti Smith, Viv Albertine, Cosey Fanni Tutti, Kim Gordon, Carrie Brownstein, several ‘experimental’ texts by American women writers have been recently re-printed. Chris Kraus’ ‘I Love Dick’ edition by Serpents Tail in 2015 perhaps triggered this most recent re-appraisal of inventive and radical writing. I’m not actually sure that ‘I Love Dick’ was ever out-of-print, but the simple graphic re-design of the cover of the most recent edition somehow captured, certainly our customers, and obviously, by the success and popularity the book has achieved, the imagination of readers everywhere.  Originally written in 1997 Kraus’s book is, according to a popular online retailer, ‘Widely considered to be the most important feminist novel of the past two decades’ and is now serialised on screen. This month Penguin have re-published Kathy Acker’s 1984 influential ‘Blood and Guts in High School’ and Chris Kraus has written her biography ‘After Kathy Acker’.

I’ve just finished reading Modern Love, which I did with a short interlude part way through to read Valerie Solanas’ ‘Scum Manifesto’; with hindsight, I think reading both together was a good combination. Scum Manifesto’s opening lines give a sense of the rich revolutionary potential in the air in the late 1960s/early ‘70s: Life in this society being, at best, an utter bore and no aspect of society being at all relevant to women, there remains to civic-minded, responsible, thrill-seeking females only to overthrow the government, eliminate the money system, institute complete automation and destroy the male sex. I don’t read much fiction anymore and perhaps this doesn’t leave me in great stead for tackling DeJong’s prose from nearly a half century ago, but on reading it I am reminded of the potential of fiction, it’s ability to conjure a tangible new space from within the pages of book. Reading Modern Love has, for me, similarities to reading, say, William Burroughs or Thomas Pynchon, where the construct of narrative fiction has been consciously eroded.

I’m not sure I’m really able to give any appraisal of Modern Love, although I did enjoy it and did get a great deal from it. Safer, probably, to leave the critique and introduction to Chris Kraus who has written a back-cover blurb: Working largely alone, DeJong invented a narrative form that’s at once intimate and highly constructed. Wilder than the French nouveau roman, Modern Love cannibalizes genre and realist fiction and travels through time to explore the dilemmas of being a 27-year old loser who’s told by the culture that she’s free to say and do anything I want.

Originally published in New York in 1977, has just been re-published by Ugly Duckling Presse and Primary Information.