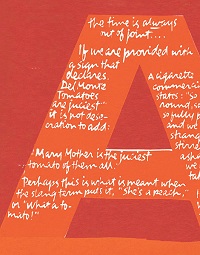 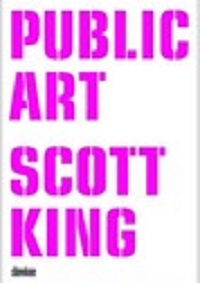 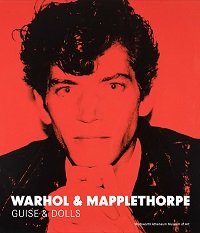 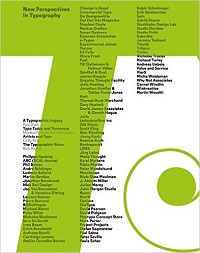 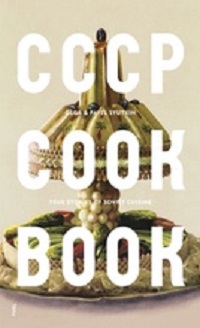 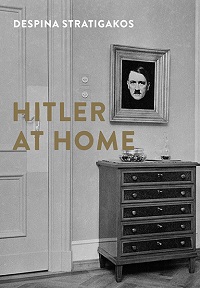 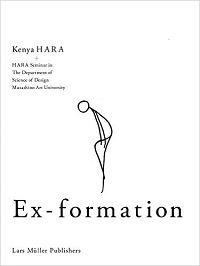 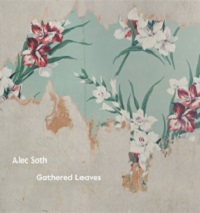 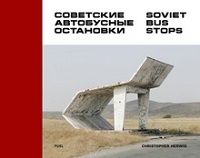 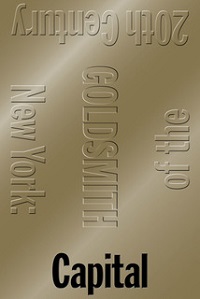 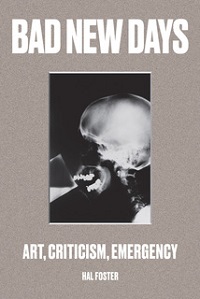 Known widely as a Catholic nun with an avant-garde flair, Corita Kent (1918–1986) has a personal legacy that has tended to overshadow her extensive career as an artist. This handsomely illustrated catalogue places Kent in her rightful position among the foremost figures of pop art, such as Andy Warhol, Ed Ruscha, and Roy Lichtenstein. Although Kent has been largely excluded from the academic and critical discourses surrounding 1960s American art, this publication re-evaluates her importance and highlights how her work questioned and expanded the boundaries of the pop art movement. Four essays and nearly 90 catalogue entries pull together a variety of topics—art history, religion, politics, linguistics, race, gender, mass media, and advertising—that influenced Kent’s life and work during the 1960s. Eminent pop scholars delve into the relationship between her art and that of her contemporaries, and explore how her art both responded to and advanced the changes in modern-day Catholicism stemming from Vatican II. More than 200 vibrant images showcase Kent’s ingenious screenprints, which often combine handwritten text and commercial imagery. Offering an unparalleled, rigorous study of an artist who has been largely overlooked, this book is an important contribution to scholarship as well as a fascinating presentation of Kent and her work to a wider audience.

Exploring the relationship between public art and its role within urban regeneration, this new title by graphic designer and artist Scott King brings together a series of works inspired by government ideologies in post-industrial Britain. Works include Long Live Death, in which the artist places Antony Gormley’s Angel of the North atop Nelson’s Column in Trafalgar Square, London, A Balloon for Britain, a series of photographs in which King imagines the current Conservative government offering him millions of pounds to devise a scheme that would regenerate Britain’s ten poorest towns and cities, as well as Infinite Monument, an ongoing sculpture based on Superstudio’s seminal Il Monumento Continuo from 1969, a gridded superstructure that covers the surface of the entire planet.

Andy Warhol (1928–1987) and Robert Mapplethorpe (1946–1989) are well known for significant work in portraiture and self-portraiture that challenged gender roles and notions of femininity, masculinity, and androgyny. This exciting and original book is the first to consider the two artists together, examining the powerful portraits they created during the vibrant and tumultuous era bookended by the Stonewall riots and the AIDS crisis. Several important bodies of work are featured, including Warhol’s Ladies and Gentlemen series of drag queen portraits and his collaboration with Christopher Makos on Altered Image, in which Warhol was photographed in makeup and wigs, and Mapplethorpe’s photographs of Patti Smith and of female body builder Lisa Lyon. These are explored alongside numerous other paintings, photographs, and films that demonstrate the artists’ engagement with gender, identity, beauty, performance, and sexuality, including their own self-portraits and portraits of one another Essays trace the convergences and divergences of Warhol and Mapplethorpe’s work, and examine the historical context of the artists’ projects as well as their lasting impact on contemporary art and queer culture. Firsthand accounts by the artists’ collaborators and subjects reveal details into the making and exhibition of some of the works presented here. With an illustrated timeline highlighting key moments in the artists’ careers, and more than 90 color plates of their arresting pictures, this book provides a fascinating study of two of the most compelling figures in 20th-century art.

This A to Z survey of typographic design by leading typographers A2/SW/HK showcases over 100 carefully selected contemporary designers, including the best examples of their current work, and also features an introduction by Rick Poynor. Featured designers include M/M (Paris), David Pearson, Philippe Apeloig, Anthony Burrill, Marion Deuchars and Non Format, among others. There are also essays by acclaimed design writers Emily King, Paul Shaw, Monika Parrinder and Colin Davies that explore the past and future of type design. This book will encourage and inspire the next generation of designers as well as provide a sourcebook for seasoned designers and educators.

Featuring 60 recipes, each introduced with an insightful historical anecdote and accompanying image sourced from original Soviet recipe books. As the Soviet Union struggled along the path to Communism, food supplies were often sporadic and shortages commonplace. Day to day living was hard, both the authorities and their citizens had to apply every ounce of ingenuity to maximize often inadequate resources. The stories and recipes contained here reflect these turbulent times: from basic subsistence meals consumed by the average citizen (okroshka), to the extravagant banquets held by the political elite (suckling pig with buckwheat), and a scattering of classics (beef stroganoff) in between.

Adolf Hitler’s makeover from rabble-rouser to statesman coincided with a series of dramatic home renovations he undertook during the mid-1930s. This provocative book exposes the dictator’s preoccupation with his private persona, which was shaped by the aesthetic and ideological management of his domestic architecture. Hitler’s bachelor life stirred rumors, and the Nazi regime relied on the dictator’s three dwellings—the Old Chancellery in Berlin, his apartment in Munich, and the Berghof, his mountain home on the Obersalzberg—to foster the myth of the Führer as a morally upstanding and refined man. Author Despina Stratigakos also reveals the previously untold story of Hitler’s interior designer, Gerdy Troost, through newly discovered archival sources. At the height of the Third Reich, media outlets around the world showcased Hitler’s homes to audiences eager for behind-the-scenes stories. After the war, fascination with Hitler’s domestic life continued as soldiers and journalists searched his dwellings for insights into his psychology. The book’s rich illustrations, many previously unpublished, offer readers a rare glimpse into the decisions involved in the making of Hitler’s homes and into the sheer power of the propaganda that influenced how the world saw him.

Coinciding with the new edition of the bestseller Designing Design, Kenya Hara's latest book, Ex-formation, searches for the beginning of design in the unknown. For Kenya Hara, design begins with comprehension of the unknown. In contrast to "information," "exformation" describes how little we really know and thus becomes the starting point for any type of design. Based on a range of projects the book describes what "exformation" can look like in design practice and how this concept alters ur classic understanding of information design. Following the path embarked on in Designing Design (2007) and its successor, White (2010), Ex-formation continues to explore the void, absence, and indeterminacy in contemporary design.

Alec Soth’s reputation as one of the leading lights of contemporary photographic practice is largely predicated on the books he has published. This unusual catalogue accompanies a touring exhibition which uses the four major bodies of work which Soth has published as books since 2004 as the structural basis for both a mid-career retrospective and an investigation of Soth’s prescient understanding of the various and distinct applications of photography as a tool for storytelling across diverse media. The title of the exhibition comes from Walt Whitman’s poem Song of Myself [1855] and references both the pages of his books gathered for consideration and the notion that his work is also a story about Soth himself. Soth's meteoric rise to international acclaim began with his first book, Sleeping by the Mississippi, published by Steidl in 2004. The book has sold through numerous print runs and has long been out-of-print. It embodies not only a moment in which a new and original voice emerged with an unusual ability to transpose subtle and highly personal stories of local American life, but also marked a significant early event in the photo-book publishing boom we are currently experiencing. The success of his two subsequent volumes, Niagara [2006] and Broken Manual [2010], combined with the hugely influential exploration of self-publishing under his Little Brown Mushroom imprint, have all reinforced Soth’s position as a master of the book form. The recent success of Songbook [2015] has seen a return to the mainstream of book publishing.

Photographer Christopher Herwig has covered more than 30,000 km by car, bike, bus and taxi in 14 former Soviet countries discovering and documenting these unexpected treasures of modern art. From the shores of the Black Sea to the endless Kazakh steppe, these extraordinary bus stops show the range of public art from the Soviet era and give a rare glimpse into the creative minds of the time. The book represents the most comprehensive and diverse collection of Soviet bus stop design ever assembled from: Kazakhstan, Turkmenistan, Uzbekistan, Kyrgyzstan, Tajikistan, Ukraine, Moldova, Armenia, Abkhazia, Georgia, Lithuania, Latvia, Estonia and Belarus. With a foreword by writer, critic and television presenter Jonathan Meades.

Renowned poet and conceptual artist Kenneth Goldsmith collects a massive assortment of quotations about New York City in the twentieth century. This kaleidoscopic montage from hundreds of sources is a literary adoration of New York as the capital of the world, and was inspired by Walter Benjamin’s unfinished masterpiece, The Arcades Project, a compendium of quotations about nineteenth-century Paris. Goldsmith brings together an immense archive of quotations about modern New York from novels, histories, newspapers, memoirs, letters, advertisements and more unlikely sources, all organized into lyrical and philosophical categories. The result is a magisterial and poetic history of New York in the twentieth century, and an extraordinary, one-of-a-kind book of experimental literature.

Bad New Days examines the evolution of art and criticism in Western Europe and North America over the last twenty-five years, exploring their dynamic relation to the general condition of emergency instilled by neoliberalism and the war on terror. Considering the work of artists such as Thomas Hirschhorn, Tacita Dean, and Isa Genzken, and the writing of thinkers like Jacques Rancière, Bruno Latour, and Giorgio Agamben, Hal Foster shows the ways in which art has anticipated this condition, at times resisting the collapse of the social contract or gesturing toward its repair; at other times burlesquing it. Against the claim that art making has become so heterogeneous as to defy historical analysis, Foster argues that the critic must still articulate a clear account of the contemporary in all its complexity. To that end, he offers several paradigms for the art of recent years, which he terms “abject,” “archival,” “mimetic,” and “precarious.