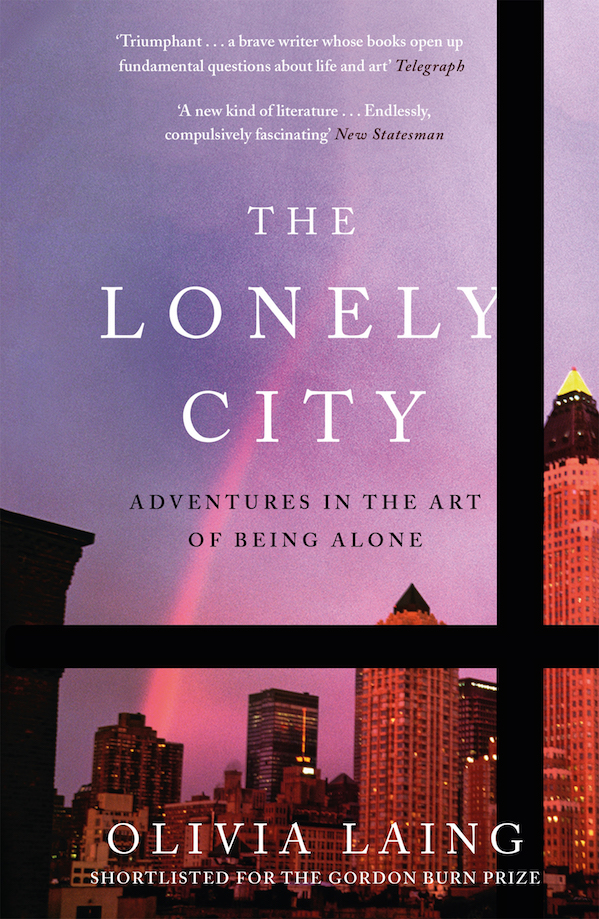 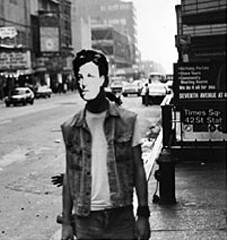 What drives an artist to do what they do? What compels them? What are the underlying factors?

Do, what we consider ‘great’ painters, writers and performers produce because they are driven by some unseen internal forces, or, are they engaging creatively as the result of pragmatism: Create - rather than criticise? Olivia Laing would probably have us believe in the former and I would tend to agree with her. Her excellent book The Lonely City: Adventures in the Art of Being Alone has plenty to say on the matter.

Although her title doesn’t really offer a way into the main subjects of this book, it nonetheless ‘drives’ her output and provides a framework for her investigation; her own loneliness, which she expertly reveals to us, acknowledging all its inherent shamefulness. Laing describes herself as a writer and critic and she writes for amongst others Frieze, The Guardian and New Statesmen.

Whilst living in New York, where she had relocated to live with a lover, who subsequently changed his mind, she found herself instead “clinging hopelessly to the city itself”, and began to look for her mood reflected in images both of the city, and produced in, New York.

Laing has an enviable ability to write both well, interestingly and engagingly so, whilst also following her own notions of what it is that an artist does and produces. Fascinated with the image of isolation within the city, and happy not to follow the accepted wisdoms of the art history she is obviously educated in Laing looks at a number of artists and asks of their output – what is it that they do? Mixing biography whilst interrogating works themselves, her writing ranges easily between the social (and sex) lives of her artists, whilst analysing how their output deals with the uneasy subject of how they relate to others; how we feel personally inadequate in the image of the constantly ‘active’ and busy city.

Laing is also critical of gentrification, and worries that the city will suffer immeasurably due to the ‘blandification’ authorities impose on our streets as they stifle anything that transgresses accepted ‘normalities’ – how this cleaned, ‘acceptable’ image of the city ultimately make us all feel lonely: how it says nothing to us about our lives. 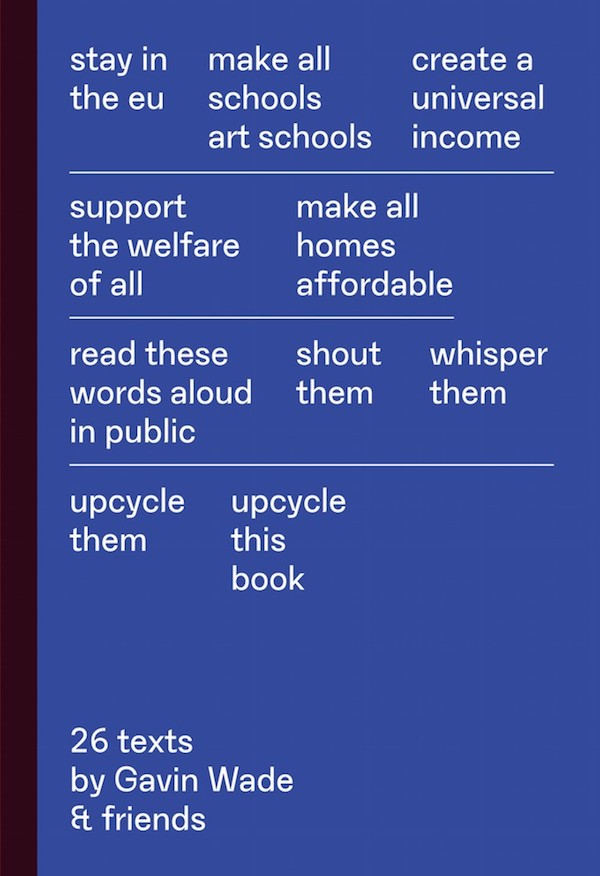 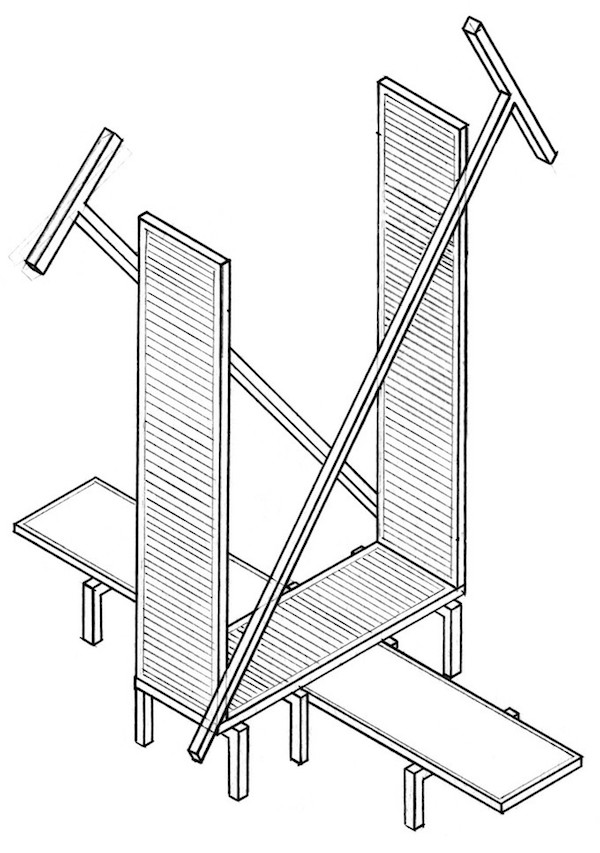 According to Abbie Hoffman, along with the numerous rejections he received from US publishing houses after sending out his original manuscript was a comment from an editor who wrote that he wouldn’t even let his own child read it!- such was the shock with it was initially received; his now famous Steal this book, latterly published in 1971, is a hippy survival manual which gives practical advice ranging from free food and housing through guerrilla broadcasting, demonstrations and the law, via ‘joint’ rolling techniques (probably a dated term now?), how to shop-lift and virtually everything else to destroy the capitalist system and bring forth a free society. It became so popular in the 70s that Hoffman was quoted as saying "It's embarrassing when you try to overthrow the government and you wind up on the Best Seller's List."

Abbie Hoffman is one of names that appears many times in this collection of Gavin Wade’s writings, ‘upcycle this book: 26 texts by Gavin Wade & friends’; others include R. Buckminster Fuller and El Lissitzky. Wade’s title is of course a direct reference to Hoffman’s and he shares many of those Hippie ideals, albeit his are slightly milder, and very much focused on the art world within which he works. Wade is an artist/curator and Director of Eastside Projects in Birmingham, the gallery and project space he established in 2008. Like Bucky Fuller and El Lissitzky, Gavin Wade is something of what is commonly termed a polymath, and with Abbie Hoffman, all four can be included in the ‘group’ agents of change.

upcycle this book collects texts from the mid-2000s and most elaborate on Wade’s conceptual structure for Eastside Projects. One of his founding principles was to up-end the now accepted gallery format, the ‘white-cube’, not the Jay Jopling owned London and Hong Kong gallery, rather the now traditionally held notion of the ‘impassive’ white gallery space, a ‘neutral’ volume within which art is displayed. Drawing on El Lissitzky’s Abstract Cabinet (1926-28) Eastside Projects has taken a much more inclusive approach to what is the ‘output’ of a ‘gallery’. Eastside Projects’ exhibitions involve the collaboration of all the staff, and Wade sees the functioning of the ‘art’ as very much a part of Eastside Projects, and more, that the way Eastside functions informs the art, and that this output in turn informs, the immediate environment.

upcycle is comprised of interviews with Gavin Wade, notably by Paul O’Neill, but also with James Langdon and Abake, it also includes some witty Q&As with those who have inspired him, conjured up in Wade’s imagination, and these fictions appear dotted throughout the texts. There are poetic demands to the government and Birmingham City Council asking for more investment along with a vision as to how art and culture can improve society and numerous haiku-like texts and rengas – termed 'Twenga' after appearing across twitter. The book is lovingly illustrated, though I know this is the ‘wrong’ term, with Wade’s drawings, ‘A – Z-Type Display Units’ a kind of multifunctioning drawing of display/structure/letters reminiscent of stages platforms, or even, gallows. 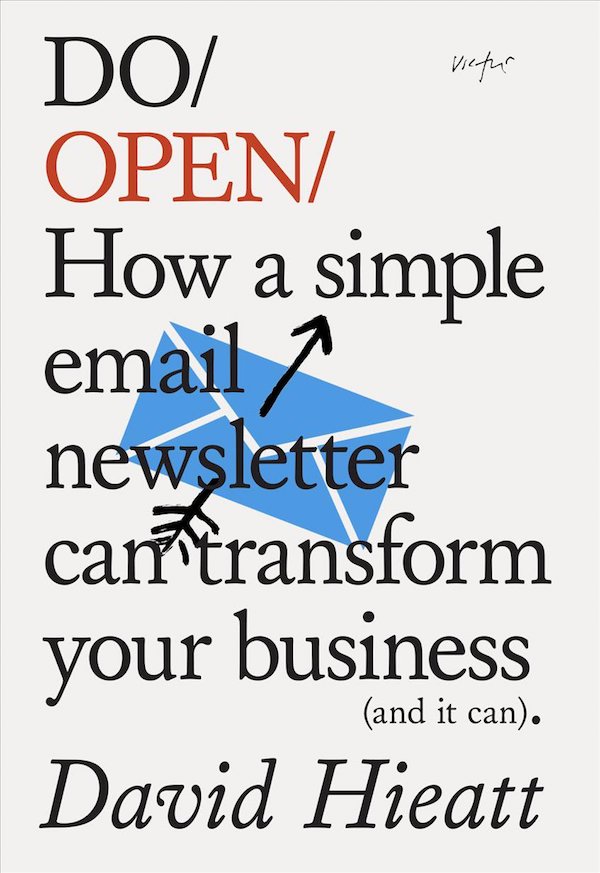 The Do Book Company are based just around the corner from us in Shoreditch, publishing books with authors who have previously given talks as part of Do Lectures. Do was founded in 2008 by a couple in Wales, Clare and David Hieatt, with the aim of bringing 'do-ers' of the world together under the formula: ideas + energy = change. A percentage of each book sale is ploughed back into the lecture series

We have stocked a number of their publications over the last 3 or 4 years and some of these have sold very well, particularly Do/ Design, Do/ Fly, Do/ Purpose & Do/ Story. The newest book from their press is Do/ Open written as it happens by one the founders of Do, David Hieatt and Do/ Open forms the communication philosophy of David and Clare’s jeans business, Hiutt Denim Co.

Like their previous publications Do/ Open is designed to be instantly accessible and ultimately, useful and useable. Do/ Open aims to break down the means by which corporations communicate, in order to make them come across as more un-corporate. It sounds simple, and in effect it is, but sometimes it’s good to hear those same clear, timeless ideals listed again in a concise, well designed and clever handy collection of pages. I think this book will suit any new and/or small business, or individual starting out, with a visionary idea/product, wanting to communicate with their potential customers.

Do/ Open is, I think, intentionally based around the notion of the ‘old-fashioned’ newsletter and all that that suggests; news of some sort, information destined for an ‘understood’ end-user, and clear, unambiguous design. It demonstrates that by cutting down to simple and heartfelt messages, paring back to the inherent nature of ‘what we do’, and doing so with passion, we can all learn how to lay open the nature of what we wish to communicate and that by doing so people will listen and will respond.